Click on the name of the faculty to see details about his/her presentation(s).

The Cleveland Clinic Foundation Center for Continuing Education has implemented a policy to comply with the current Accreditation Council for Continuing Medical Education Standards for Commercial Support requiring resolution of all faculty conflicts of interest. Faculty declaring a relevant commercial interest will be identified in the activity syllabus.

Professor of Surgery
University of Alabama at Birmingham
Birmingham, Alabama 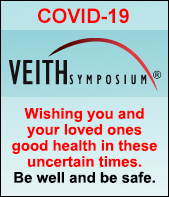